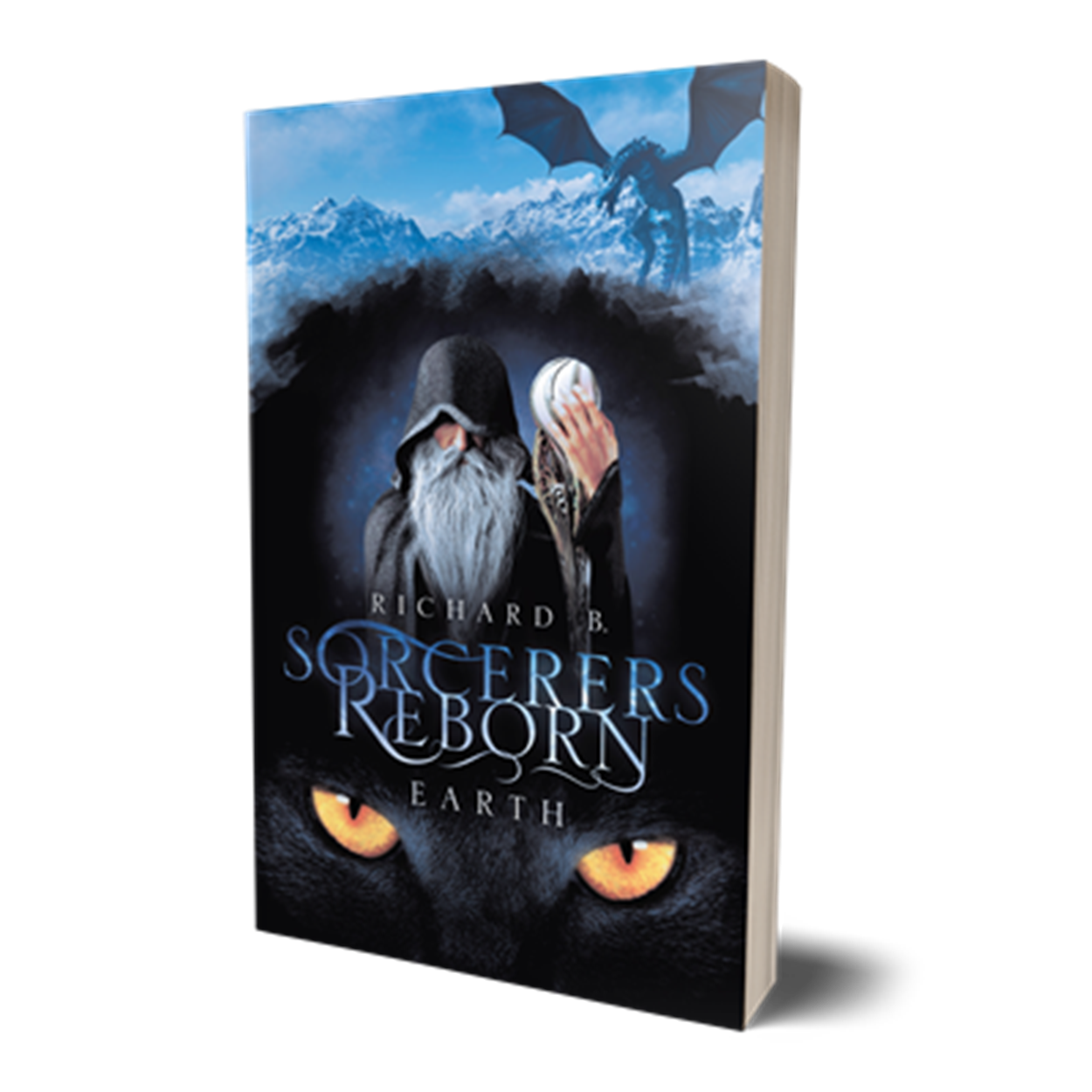 Book One in the Sorcerers Reborn series

Midnight stopped! She felt something she hadn't felt in three thousand years, something that possessed magic, to the east in the mountains. She ran toward the beacon. Midnight stood in front of a sheer stone wall hundreds of feet tall. There was a cave three-quarters of the way up to where the magic was. If she tried to reach whatever was up there, it would surely kill her.

Midnight was exiled to Earth from Orighen along with six Sorcerers, her friends, by the evil Sorcerers Tay'Ron. She had one more gift to give. She had already given the gift to five other people she deemed worthy. After giving each one away, she felt a loss, weaker, and knew that once she gave the last one away, her time would run out soon after. She hoped she would have enough time to teach him how to use the gift so he could teach the others. Midnight turned away from the mountain and continued her journey. DeWayne lifted the bundle of fur up and placed it inside his winter jacket. He had no idea that this single act of kindness would change his life beyond his wildest dreams. Are you prepared to meet the others, including a dragon and strangers from another world? Sorcerers Reborn is Book One in a series that begins here on Earth and takes you on a new and exciting journey in the world of Sorcerers, Dragons, Elves, and more.

Rick (Richard B.) Ogle was born in 1951 in Northern Ontario. This is his first appearance in the writing world. He worked for forty-five plus years as a journeyman fabricator/welder. In 1978 Rick wrote a short story titled "Storms" that turned into two books. His work always came first, so writing took the back burner. Writing of Sorcerers Reborn began in late 2000, but again work came first, so the book was not revisited until he was forced into retirement in 2013.

In 1998 Rick went back to school to learn something that would get him out of his chosen trade as a fabricator/welder. In 1999 he spent six months as an adult literacy tutor and found that was rewarding when he saw the progress each student was making. He currently holds an Adult Instructors Diploma. He completed a six-month course to obtain an A+ computer technicians' certification. He has an AutoCAD certificate in drafting and design. He instructed classes for Microsoft Word, Excel, PowerPoint, and Access at the North Cariboo Community Skills Center in Quesnel BC.

Rick is self-taught in HTML (Hypertext Markup Language) code and built his website in 1998 while he was in school. He named his website "Poems and Short Stories by Richard B." That website is still going today.

Copyright © 1998 by Richard B. All rights reserved.

Pages, graphics, and code on this web site are the property of Richard B.

reproduced or redistributed in any way, shape, or form

without the EXPLICIT, WRITTEN permission of Richard B.

Failure to do so is a violation of copyright laws.

This website was built and designed by: Richard B.